Adams County owes much of its breathtakingly spectacular scenery to the geological twist of fate that spared all but the eastern edge of the county from the worse ravages of the crushing ice mass during the previous glacial epoch about 12,000 years ago.

Slowed in their relentless advance by the deep basins of Lake Superior and Michigan to the north and east, the lobes of the great ice sheet diverged, spreading around and bypassing most of southwestern and central Wisconsin, including nearly all of Adams County. The glacial lobes rejoined to the south, thereby encircling sections of Wisconsin and neighboring states in a ring of ice demarcating what is known as the Drift less Area because of its lack of rocky glacial debris.

As a result, the scenery of Adams County Wisconsin harks back to an ancient time before the glaciers planned and abraded the landscape into the great plains characteristic of the upper Midwest. Fantastically shaped spires, pinnacles, and castles, domed buttes and flat-topped mesas, though more typical of the American West, are found throughout Adams County Wisconsin.

Friendship Mound, Lone Rock, Ship Rock, Roche-a-Cri, Quincy Bluff, and Rabbit Rock are but a few of these natural monuments which once stood as islands in Glacial Lake Wisconsin when the impounded waters of the melting ice sheet heralded a warmer age.

During the final stages of the ice age, the waters of the glacial lake disgorged near Baraboo, making Adams County suitable for human inhabitants who, having strode Beringia, pursued mammoth and mastodon across the Wisconsin tundra.

Descendants of those prehistoric first settlers – the Ojibwe (Chippewa), and Menominee, and Ho-Chunk(Winnebago) peoples – comprised the principal tribes at the time the first Europeans arrived in Adams County.

A record of the aboriginal presence in Adams County, and later that of the Europeans, is etched in the sheer southwest rock face of Roche-a-Cri Mound. A government surveyor referred to these petroglyphs (rock carvings) and pictographs (rock paintings), back in 1851, as “Hieroglyphs of antiquated appearance.”

Despite having been carved in lichen prone sandstone and effaced by the graffiti of white settlers, the rock art at Roche-a -Cri Mound remains clearly visible.

The earliest decipherable markings date from about 100 A.D. It is likely they were made during the Mississippian incursion into Wisconsin when the towering outlier served as a natural landmark along Native American trading routes and the area was a northern outpost of the Chokia culture of Illinois and Missouri.

In addition to the markings which may have indicated distance and direction are figures and symbols of a more mysterious nature. Bluff rock faces are regarded as doors to the spirit world, and the site surely held religious significance – a place to embark upon one’s vision quest. Among the rock art at Roche-a-Cri are moon symbols, star bursts, thunderbird tracks, and a pictograph of an underground water panther.

Carved on top of the prehistoric rock art at Roche-a-Cri are the names, initials, dates, and cartouches of the first white visitors and settlers, the earliest dating from over 150 years ago. In 1861, a Civil War Cavalry Sharpshooter Company encamped by the cliff face held marksmanship trials there. The freeze thaw cycles of countless winters have carved deep crevices in the fragile sandstone, and yet none of these has completely obscured the aboriginal art written in stone.

The Roche-a-Cri petroglyphs are located within Roche-a-Cri State Park, just north of Friendship. Wisconsin State Park admission fees apply. A viewing platform provides access to the rock art site and interpretive panels help in the understanding and appreciation of this unique archaeological treasure which, in 1981, earned Roche-a-Cri-Mound listing on the National Register of Historic Places. 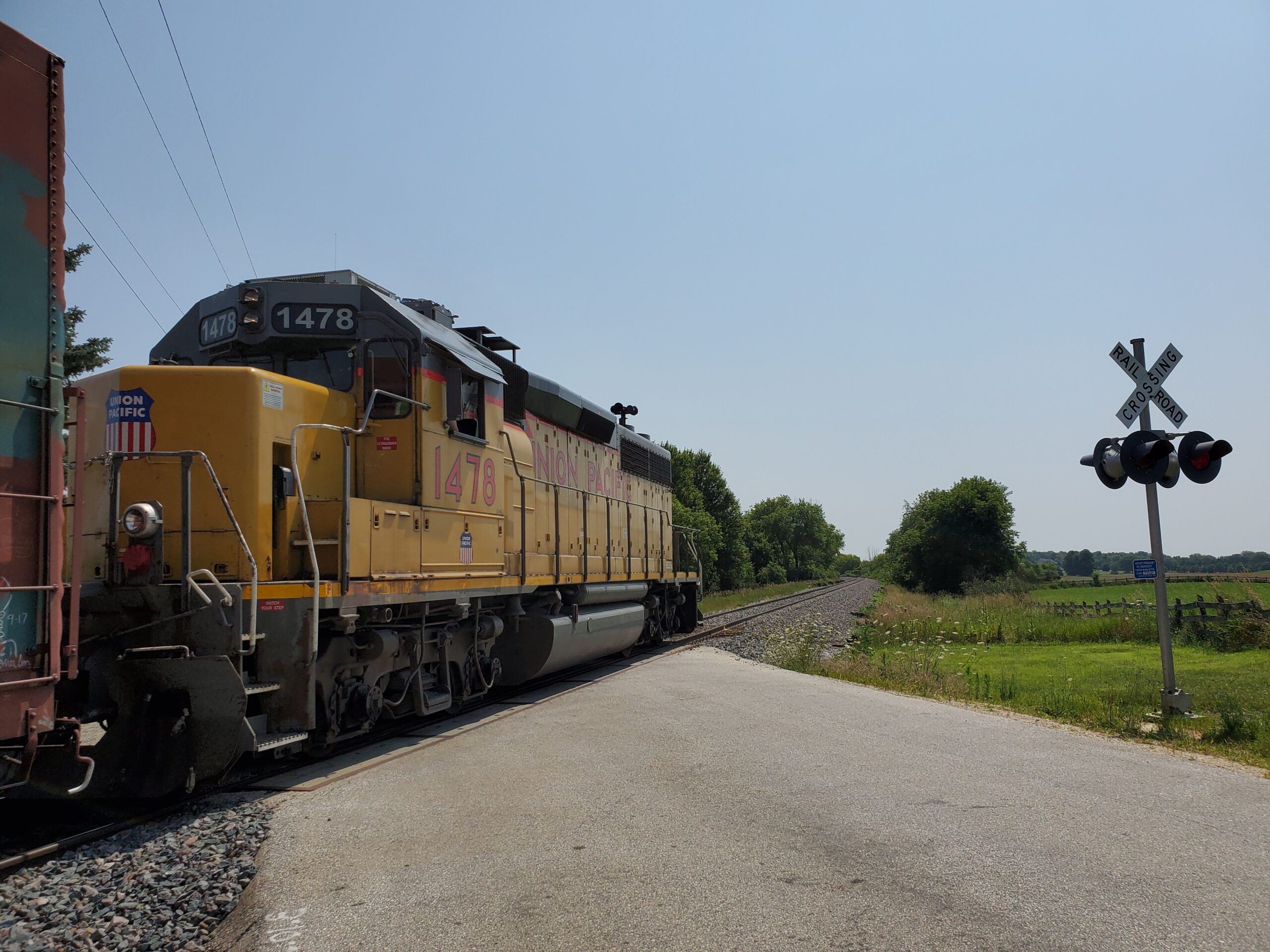 A Brief History Of Adams County

In many important ways, the history of Adams County is linked closely with the history of transportation and the resources in search of which travelers set forth. Beginning with the native peoples who first settled the area, its western border on the Wisconsin River and its prominent natural landmarks placed Adams County along trading routes.

European-American settlement did not begin in earnest until 1838 when a small tract was ceded to Jared Walsworth and his Menomonee wife. His tavern, located along the Pinery Road, the overland route of the northern pine forests, induced the first wayfarers to stay in Adams County. In 1848, the same year Wisconsin became a state, the Menomonee relinquished their claim to the entire Wisconsin River Valley.

By 1860 the population reached six thousand, mainly relocated Easterners attracted by the ready supply of white pine for buildings and heating their homes. The tumbling water of the county’s many creeks and rivers powered their sawmills.

The railroads, however, continued to skirt Adams County until the next century. As a result, the population increased very little until immigrants from Germany, Bohemia, and Poland, drawn by the promises of inexpensive and fertile farmland, settled here in the 1890s.

The Chicago & North Western Railroad did not arrive until 1910. But the county seat of Friendship, incorporated as a village three years earlier, remained with out a depot when land speculation forced the railroad to lay their track south of the village limits, around which grew the town of Adams.

Through a development and tourism boom in the towns of Quincy and Dellwood brought a degree of prosperity in the 1920s. Adams County, reliant on agriculture, suffered severely through the drought and depression of the 1930s.

Transportation improvements again brought new life to Adams County in the 1940s when the Wisconsin River Power Company began construction on the dams creating Castle Rock and Pentenwell Lakes. A bridge was built to span the Wisconsin in the 1950s, and the Interstate Highway System brought visitors and urban expatriates to Adams County.

From 1970 to the present, owing to the county’s increased accessibility, and thanks to the recreational lakes and subdivisions built in the Town of Rome, Adams County witnessed its greatest expansion, second fastest in the state, and population increase since it was first settled. 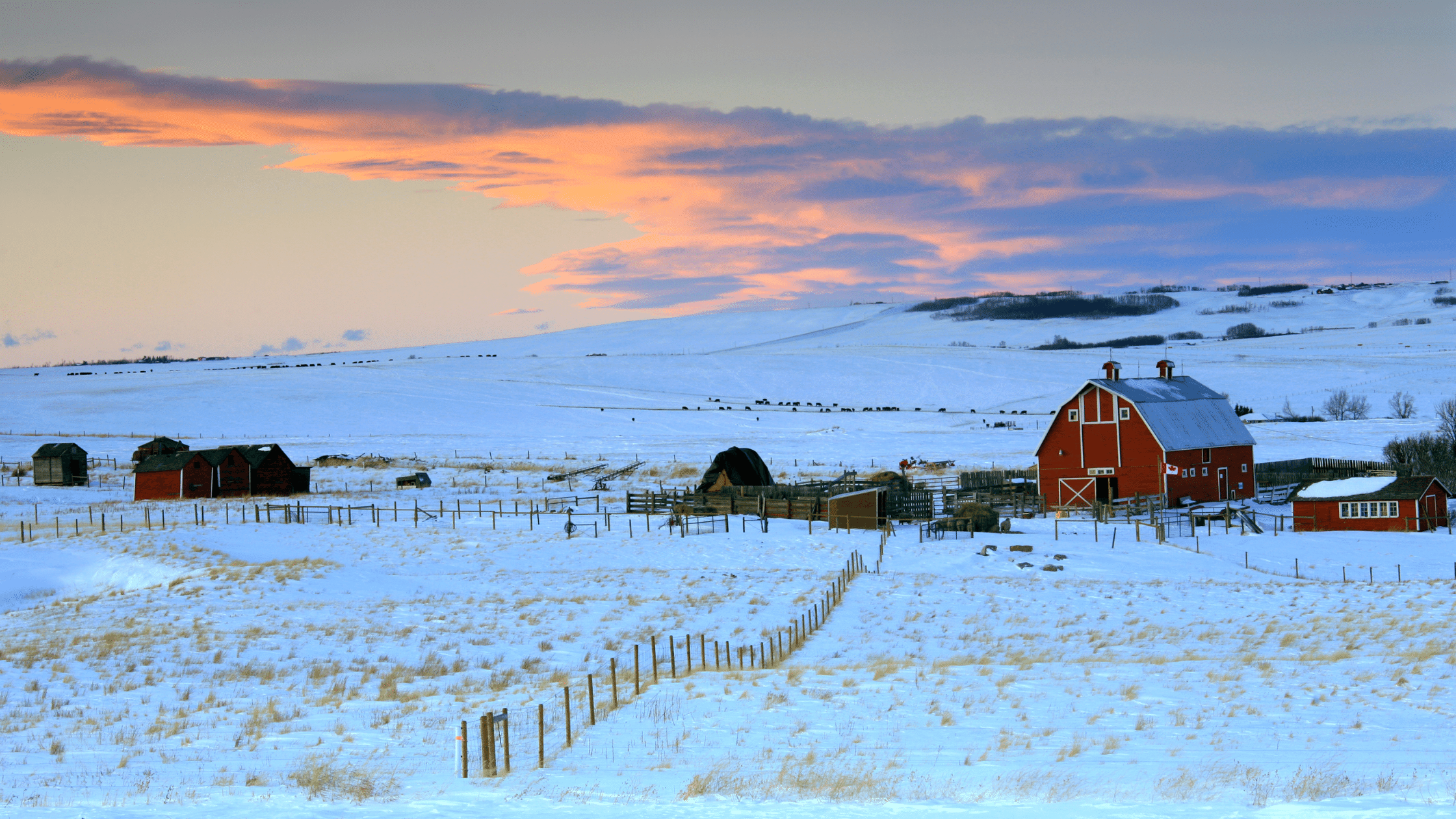 The Soils of Adams County

After the glaciers retreated from central Wisconsin and the gigantic but shallow prehistoric lake covering most of Adams County drained through a break in its icy impoundment, the soils remaining were quite different from those in glaciated areas of the state.

The two principal soil types, sandy and loamy (clayey), determined what would thrive and what would perish from that time right up to the present. Even the most up-to-date farming practices can do little to assist or thwart the effects of climate and terrain.

Farming in the 19th Century

The two primeval crops of Adams County, the extensive pine forests and vast expanses of marsh grass, were left untouched until the time of concentrated white settlement in the 1840s.  Lacking experience with the weather and soils in this part of Wisconsin, not all early farmers succeeded.  Agriculture in Adams County, like the growing season upon which it depends, saw both fat and lean years by turns.

Gambling on the demand for hops (a key ingredient in beer and ale), farmers in the southern townships both lost and won their farms during the hops “boom” of the 1860s.  At the close of the century, immigrant farmers from eastern Europe were lured here in great numbers by promoters promising inexpensive marshland and could easily be converted to fertile farmland through drainage.

Current farming practices in Adams County are influenced by the late twentieth century combination of technology and environmental awareness.

As is true throughout most of Wisconsin, dairy farmers carry on a good portion of the agricultural activity in Adams County. Crops of astounding variety are produced and marked locally by several small farms. Large kitchen gardens offer fresh produce at roadside stands.

But the crops grown in the greatest proportions commercially are those most adapted to the soils and prevailing weather patterns in Adams County.  The yields of all crops have been enhanced in the many areas where modern irrigation techniques have proved economically feasible.

Potatoes, of several russet and white varieties, are particularly suited to the well drained, sandy soil prevalent in most regions.  Corn on both the field and sweet varieties is raised throughout the country.